After the first time my cooter tried to kill me, I decided it was time to pursue some of that fancy higher education people so often brag about reaching. That way I could outsmart my twat the next time it plotted a coup. I managed to eek out a nice little history degree before cancer kicked me in the learning curve the second time.
But during the time spent chasing that paper, I had started writing again. It began as coursework, and progressed to therapy. I wrote my way through required papers to the point of irritation for those left to read the tomes. After I wrapped up the first few years of study, I found myself writing for more than instructional purposes. I wrote about sick life more and more; connecting with others whose experiences were similar to mine. I found humor in the story; that kooky main character The Volatile Cunt, the hilarity of public puking, parenting with pus-filled bed sores. Time and time again, I turned hospital nights into inspiring tales of spilled wound drainage and filling my kid's pockets with stolen jello.

I still find humor in the story.

After correcting the cooter, round two, I wanted to learn more, so I went back to paying for it. This time, I focused a lot in writing-heavy courses; comprehensive studies in American Literature and Art. American Humanities. American Labor Movements. American Women.

It wasn't by design, but by curiosity.

I'm nosy as fuck, you see.
Or, "constantly inquisitive" as I like to say.

This curiosity, and developed love, was propelled by one of those deeply passionate addictions that I get. The one to know more. The need to know how it got to be like this.
How it got to be like this.
There had to be someone who could tell me. A history professor. Perhaps a sociologist or two. Throw in a couple of those classy political studies guys along the way and I'll be damned if I didn't get myself a graduate degree in this history nonsense. Every step I needed to move foward, semester after semester as I endured being a godamn "nontraditional" student, I ran into the same face over and over.

Eventually, there came a time when I questioned whether I was on the right course of study. Nobody fucking pursues a degree in such a soft major any more.
History though? Focused on AMERICAN History? Are you a fucking dick?


Yes, yes I am. It's a great history, this country of ours. Come get drunk with me some time. I'll learn you something.

I considered a change in focus that would have meant fewer opportunities for some of the less pertinent writing that I had engaged in. I discussed my inability to make decisions nearly every day with that old familiar face in graded-paper form. That was the year I won the Penland Prize for Short Fiction.

So I kept at it, and earned a few paying gigs. Thrown in a few poetry compilations. Wrote a one-act play. Sold some shit. I slugged along and slugged along. I sat at a computer month after month after month, drinking random alcohol and spewing nonsense at a screen (much like I am now,) while I read and researched the bullshit of expert after expert to fill in blanks on the bullshit I had to say about the same exact fucking thing. I got through the chest-deep American-made horseshit by these delightful moments in which America was where I grew up. I didn't write that stuff for me. I wrote it for the sheer joy that it would bring to that familiar face.

I remember the day way back when I met Professor William Meiers, who preferred you call him "Professor Meiers, or Bill Meiers, or anything except Billy, which is what my mother calls me, or a Plespisbut, which is what the Roman's might call a stick up the you know where,"
He was the kind of guy you remember.
His first required assignment was a paper on the current implications of changing technology on behavior, and whether or not "society is becoming more rude."
I gleefully waited in the back corner as he collected the works the next day. The fluttering rustle of papers filled the room as he walked about the students, lending out his hand at each individual seat. His striking blue eyes would glance down to breeze the first few lines before he would look up and scan the writer's face; seemingly tying the words to the creator's brain with a piercing gaze.
Maybe that was how he could tell the Madisons from the Jordans,
He traversed the room slowly and I followed his progress throughout. Now and then he would comment at a line in the paper he received; here and there a name made him smile. At the triplicate phone case of the third Madison his head turned slightly; wondering if he was allowed to comment on the Madisoness of it all, I suppose.

Finally he had reached my seat upon his journey to collect printed thought. He was a slight man, as a hobby he enjoyed marathon running. Routinely he would participate in triathlons, when 25 mile runs weren't already on his agenda. His grey hair had long since seen the passion he had for life, all 5'7" of him the very embodiment of a twinkle in the eye. He prefered to maintain a connected gaze while he was handed your work; I like to think he had limericks for features to remember them.
Although I nearly always caught his eyes flashing Dolly Parton's voice when they connected with mine.

My smile was slightly crooked as my gaze met his, my paper now in his hands as he looked down to the nearly blank top page.

His bright blue eyes shot up suddenly as he tried to suppress a chuckle. "Bwah!" He turned bright red behind his smart glasses; the pressure of laughter caught just beneath the surface. His attention turned back to the two lonely words upon the page.

Bill Meiers is the reason that I could write again, have written these last few years, and the mind that made me think that I can keep doing it. He regularly connected me with people to help build a name from my words; but more imperatively, he changed writing from an emotional outlet into a real piece of who I am.

My daughter stared college this past fall, and the first class I demanded she take was Professor William Meiers Monday/Wednesday Comp 110.

His first paper can be tough, but if you listen, he'll make you tell a story.

Bill Meiers passed away yesterday and the only thing I can do about it is write.

Because if there was a man who has more life in him, I have not yet met that soul. As Bill Meiers was everything that L-I-V-I-N' is supposed to be. And we are all less for it that Bill Meiers could not be with us longer.

So if there is any one thing that I have written that you have read, will read, could read, can read, might read, or should read; let it be this: 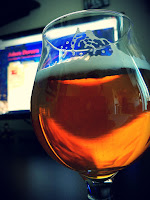