This quite excites me for a number of reasons; the biggest of which is my ability to find a brim so floppy and low that I can avoid interactions with any other humans during the sunlit hours. A hat procured purely for the purpose of shielding my eyes and facial expressions from the prying gazes of the daywalkers fluttering about on their nice-weather way.
A hat that exclaims, with unequivocal certainty,
"I don't want to fucking talk to you." 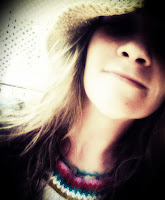 I've worked the third shift for nearly a decade straight, and sporadically for a lot longer if the years of bartending hadn't been more drinking than working. The overnight nets a creepy accumulation of odd characters and various miscreants; it's where the devious go to relax. There's an assortment of duty-bound fuck-ups and cash-strapped down-on-their-lucks. Even the atmosphere holds the scent of decaying promise; the whiff of early morning bakeries swirling in the air while rotting dumpster essence is spritzed like perfume by the rumbling garbage trucks that pass by.

Obviously I love it.

Third shift is rough-and-tumble. There's very little polite conversation; hell, there's very little conversation at all, and the bulk of that is rude as fuck. Pleasantries don't apply after midnight. I learned that at the players ball.
Hey. You Up?
Third shift doesn't offer excuses, it's just fucking there, tucked away all nonchalant-like; a forty-year-old carnie with nothing but a shadow for company. The hours turn to overnight and the logical world powers down. The irreverent come first, creeping up slowly as the midnight hour passes. Out beyond bedtime and defying all the rules; hitting the bars and bro time and wooo! They aggravate the convenience store clerks precisely enough for them to blow off making coffee for the post-booze crowd delivery men. The bread risers and newspaper tossers. The road crews line the counter with a flourish of reflective neon green; the chorus line of groaning at the lack of fresh java an eerily choreographed show.

A grunt and a point.
That's all the communication required to get a fresh cup of coffee on the third shift.

Sometimes a loud sigh is merited, but manners dictate a kind "rough night?" is uttered to the frazzled coffee/smoothie/drunk-guy burrito maker clerk that is on duty. If you're not willing to comisserate on the shittyness of the night for another third-shift worker, you have no grounds upon which to lay your own bullshit circumstance.
Because it doesn't matter who you are, and what you may be tasked to do; you surely have not done everything right in life if you are heading in to work as the moon looks on. From the burrito clerk at the convenience store to the manager running the overnight at a multi-billion dollar shipping hub, nobody has had a smooth road if they landed at an alarm that beckons before the previous day even ends.
Nobody has much to say on third shift, and even less room to judge. I don't know why the guy at the gas station wears socks and flip-flops all year round. I know his idea of Good Morning is to silently stare, and that's okay with me. I don't care if the guy from the toll booth is a creepy pervert, I have an EZ-Pass. I don't ask why the guy sneaking garbage into the megaconglomerate corporation's dumpsters doesn't use the ones out back by the loading dock like the people that run #1 Chinese Star Restaurant do. I usually don't even mind when the counter girl has to give me change in all quarters because the safe with the paper money is locked until the manager comes in.

I care about none of this stuff just the same as these people don't care about my tattoos. They aren't even impressed by the escalating ridiculousness of my hats. They don't mind that I walk in singing; they could care less about my mumbling narration of my activities as I swear at the cunt coffee for being so hot. Try that shit around a daywalker one time and see how fast they yank their Northfaced toddler away to the other side of the store.

I mean, I still do the exact same fucking thing during the daytime.
But you should watch how quickly suburban moms usher their douche-lings into retreat. It's hilariously comical, in a "I'm sad that you are teaching your children to be so hateful" sort of way.

Third shift doesn't need me to be great. Third shift is pretty happy that I showed up, and even happier that I am both cognitive and functioning. Third shift knows that I just want to get the work done and go the fuck home. Third shift doesn't expect me to do anything more than today; which is fucking terrific, because by 11pm, I've got a good start on today.

Third shift doesn't care that I have nothing to say; no answers, no questions.

In the middle of the night, I'm able to respond to nearly every sentiment I encounter with a bob of the head. After dark, I can express sympathy with a tilt of the chin. I'm able to convey agitation with a wobble of the jaw. Excitement comes in the form of a brisk down-shake of the dimples. Curiosity flashes in a swing of inquisitive blue eyes. Humor gathers in a crooked grin.

I've been known to make it to dawn before even saying a word.

There's so much to say, you know.
So it stands to reason.

I don't have anything to say.
You know.