I'm not trying to catch a break.
I'm just trying to not catch the clap.

Do the kids still say the clap? Probably not. Unless it's a hipster dance move. What do the kids catch in this day and age, the Pokémon?

I'm just trying to not catch the Pokémon.

Eventually you get tired of people trying to push you off the soapbox.
I know I am.
I can't even stand on it anymore, it hurts my head like the buzzing of a million "me!"s. There's no room for reason or logic on the soapbox at this point; what with all the hollering of bullshit and greed. Hell, it's been some time since I've lost sight of where to right the wrong. And who was right in their wrongs. What is right with the wronged. When to write of the wronging.
And Why?
Maybe I'm on the wrong side of right.

I've been using my brother's ashes as a stand to hold the Golden Snitch. 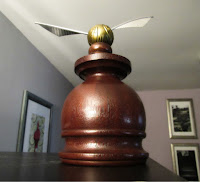 One nice perk of being on the soapbox; at least up there you can see what's coming. It's once you've lowered yourself to new depths that you get slapped with all sorts of shit from unknown angles. People can't wait to step on you. Or push you down further.
What's under the soapbox?
All the mittens you lost as a child, is my guess.
Either that or your willingness to compromise. It crawled in there years back when you got all high and mighty; you know the day. The day that started like any other but went on to become the first time you stood for something. The day you won an argument with management on merit and solemnly looked into the distance knowing that someone, somewhere (third shift in a union shop, preferably), needed your help. The day when you thought you took a side.

Funny thing about the soapbox; it doesn't really have a side.

It's never been a problem for me to stay balanced on the tiny perch of integrity that comes and goes like the tide.

(If we could all just take a moment, a brief pause from the obviously depressing direction this is heading, and recognize the word craftsmanship that I applied here. It's never been a problem for me to stay balanced on the tiny perch of integrity that comes and goes like the tide.  Like, A SOAP-BOX. HAHAHAHAAAA.)

It's never been a problem for me to stay balanced on the tiny perch of integrity that comes and goes like the tide. I have this ability to let most things wash out around me and still pick up the pieces that need handled with care. I understand the mechanics of what happens under the surface; I know what needs spinned.
I like bubbles.
The last part has no bearing on the progression of the writing, nor is it a metaphor. Getting lost in laundry thoughts always leads to bubbles. It's inevitable.
Like getting tired of people trying to push you off the soapbox.

I live in the fucking middle.
I see both sides of everything.

I've been known to hash out points from both sides before anybody else even speaks. I understand all of the issues that everybody has all the time ever. I can pre-solve problems. I didn't ask to get on the soapbox, I was elevated to it by the stairway of doing the right fucking thing.
I've tried to stand tall for the benefit of others, even when things are swirling around me. I've fought the good fight and fought the power and raged at the machine and Florenced the machine. I've taken the hits and bled some colors; I've run out of laundry references.

Why are people standing on soapboxes? What's wrong with milk crates or step-ladders. I mean, they'll never be real ladders, but they try.

I think it's a pretty even compromise; my brother and the snitch.

In the long run, you don't just get tired of people trying to push you off the soapbox; your eyes get tired of watching your back, your chin gets tired of taking shots, your knees get tired of standing tall. Your stubborn nature pushes up on one corner of the platform, your faith in man tugging at the other. Suddenly the day comes that topples the soapbox end over end.
You know the day.
The day that started out like any other but by twenty minutes in, you realize that you've been getting fucked. Not even done with your coffee and you take a jizz shot of cognizance to your consciousness. You've been getting fucked by believing in integrity and merit. Suddenly it dawns on you that you've taken it pretty fucking hard in the ass under the guise of the greater good.
Half way through the day, and you're still ruminating over how many times you've probably been fucked that you missed because you didn't notice where the dick was until way too late. You've been getting fucked by the assumption that honor and morals and hahahahahahahaha.
The day that points out that you've been fucked by the voice of candor that you've spouted from atop your box of cleanliness, so high and mighty.
Fucked by hypocrisy.
Fucked by nobility.
Fucked by nearly everything you believe in.

The day that you start using your brother's ashes as a household prop.

The day that you notice that you've been getting fucked so hard that it feels like blisters. 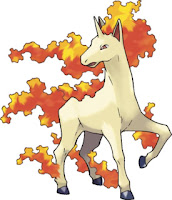 Fuck I hope it's not Rapidash.