Do you remember the summer after high school?

The blur of graduation a slight fade behind you; the horizon of your future unrealistically at your feet. That frozen moment to which your lust for innocence is clinging (*snort*); a joyous respite in the midst of that sea of change.

The Summer After High School.

So full of hope, bursting with pride, or in my case an overwhelming urge to get arrested; Graduation ignites these things within developing minds. It triggers a reach toward independence, a desire to grow in your own direction, and temporarily offsets insecurity with a taste of freedom. It breeds the false confidence demonstrated while vocally slinging lofty personal and professional goals to all those far and wide.
As if somehow seventeen-year-old Me could have nailed this one.


"Ah, yes, thank you for asking, third-in-law's divorced sister's gynecologist. I DO want to elaborate upon my desire to barely scrape by in a field I hardly studied (while earning any one of my three degrees) but am certain I can learn to love without cutting myself."

THE SUMMER AFTER HIGH SCHOOL.

I did stuff.
And things.
I specifically remember that there could be things. 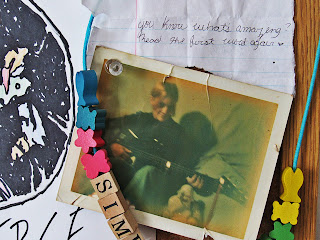 Man, I was really into jam bands for a while there (a crusty twirler,) and the summer after high school was a cavalcade of ribbon-laced spins, and shows, and I want to say camping? I was committed to toe the line, but I had a little time before the boot came down, and I got them wandering feet.
Not even I know if that's a line from a Phish song or not.
It fucking could be.
I was bit by the concert bug much earlier than graduation. The normal rite of passage that comes with turning sixteen meant so much more to me; driving meant road trips to see live music. Concerts are the only thing (aside from causing my mother any further suffering, of course) that kept me out of detention facilities after arrests number one through... all the ones after that. I had a job in the kitchen of a pretty popular family restaurant along the highway making around forty dollars a week. and gas was only ninety-ridiculous-fucking-cents or whatever. And a case of beer was like thirteen fucking dollars.

On the weekends we would load up anything we could fit into the two-tone hatchback '91 LeMans and we would fucking head.
Phish. Dave Matthews. Rusted Root. Gov't Mule. Big Head Todd. O.A.R., Live (the early "Beauty of Grey" years), The String Cheese Incident. Poe. Even fucking Hootie. Any band that played at any venue (mostly colleges) within a few hours drive of where we were.
We didn't have GPS or Google Maps.
Yes we fucking got lost.

The journeys that turning sixteen allowed my hillbilly ass can hardly be recounted in words (yet). There was something in my gypsy-truckdriver cross-spliced genetic code that planted my ass on the road before I had a choice in the matter. Mistake me not, I was happier than I had ever been; I drove places. Within months of acquiring a driver's license I had memorized exits by mile marker between my house in the village and the city of brotherly concert venues that I now call home. The tiny valley that threatened to close in on me suddenly opened to a whole new world; I finally had a way over the fucking mountain. Before I even had my first delivered pizza,  I saw Laser Floyd.
LASER FLOYD.

I still know all the exits by mile marker.

The SUMMER after HIGH SCHOOL.

It stands to reason that my only child would have inherited one oddball gypsy quirk or another. Turns out she got them all. All. She's a professionally trained twirler, for christsake. And she marches with the motherfucking band.
LITERALLY: WANDERIING, TO THE MUSIC.
We started going to concerts together in 2006, the daughter and I. November, to be precise. Citizen Cope at the Electric Factory. It was a great show, and we've seen Cope three or four times since. Once with his talented counterpart.
And another four dozen or so other shows of various artists.
Awolnation. Anberlin. Imagine Dragons. Matisyahu. Warped Tours. Punk Shows. FESTIVALS.

Dancing in the rain;
bass player on the train;
handed a drumstick in the crowd;
hang with the band before things get loud.


Those aren't even lyrics.
We did those things.
We raced a band from Philadelphia to Pittsburgh. We talked books with acoustic and tattoos with hard rock. We saw a band on every record tour of their eight-album existence. We've seen human hamster balls and rotating drum kits; heard it all from orchestra accompaniment to striped-down ukulele.
One time, we went to a show at an all-Christian college.
Creepiest. Crowd. Ever.

The daughter and I enjoy going to shows.
I've pushed her into the pit, and pulled her to the front. We'll hit the fuckin merch table later. She's learned that we're not trying to leave the parking lot early, and she better elbow a bitch in the tit if they creep any closer on the left. There's no point in boozing, you're going to sweat it out on the floor, you need to have water; and the first motherfucker that steps on my foot will be credited with the start of the melee.

Unless it's acoustic. Never fuck with the music.

Creativity is such an important part of what kept me alive as a teenager. It still does now. It's a dark world inside a mind that never shuts the fuck up. The sound, the melody, rhythm, harmony, whatever other words describe music; that shit is so godamn soothing to a loud brain.
A pattern for the beast to follow.
Music is the force that allowed me not to fall into the trap of delinquent-cliché that plagued so many of the characters in Mark Twain's musings.
When I started to notice the same intensity in her that I struggle with in my own right, introducing my daughter to the beautiful distraction of live music seemed natural. She was propped up by a few brilliant caring coaches and one insanely-dedicated music teacher, always supportive grandparents, and a Dad that basically kicks ass; add to that a rather off-the-wall mother with a passion for living the best life, and she was able to pull that ingrained ferocity into a desire to learn and produce her own preoccupations. She found a way to turn that ill-lighted uncertainty into crisp notes of soulful spirit.

I've seen this coming since that first time 2nd-grade Simmy played the harmonica to a crowd in West Philly.

Her Summer After Graduation.

From a stadium concert in
Hershey, Pennsylvania
to a dream show in
Red Rocks, Colorado.

And all the sandwiches on the way.

Top priority of the summer. 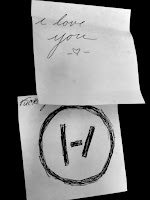 SEE YOU FRENS ON THE ROAD.