Stranger things have happened.
I've always enjoyed that turn of phrase. Like some convoluted justification that the nonsensical is norm. Not that THIS isn't strange, you see, just that things could be MORE strange. Don't worry about the absurdity of the situation, think about how preposterous the possibilities COULD be.

Stranger things have happened.
Or, stranger things are happening.
Take it out of the past tense. There's no leaving weirdness behind. Weirdness skips along beside you on a Friday morning filled with excitement for the Monday to follow. Odd never stops. Quirky doesn't quit. Stranger things will be damned if they're going to stop, stranger things WILL happen.

Sometimes looking at the future of fucked up makes the now seem normal. Often I talk out weirdest-case scenarios just to be mentally prepared. I expect the outlandishly impossible to occur at all times and am perfectly comfortable responding to all situations as such. I recently had a long conversation with a very good friend of mine and he was keen to point out that my logic can easily be described as absurd.

His opinion can be ruff.

Hey, stranger things have happened.
There was this one time we went out to dinner when I was younger; mom and stepdad #2, jake and I. There was this phase, you see, where my mother rode a motorcycle. Her and stepdad #2 (herein referred to as "dosdad") would disappear on their respective lowriders for hours at a time; leather fringe billowing in the wind, each tassel a tiny finger wave as they faded into the distance. When the days came that Jake and I went along for the ride the tassels would gently whip my shoulders as I pressed my helmeted head into the back of mom's leather jacket.
I was a young buck, no more than a decade old at that point, and Jake was already bigger than me at eight years old so he had to ride on the back of dosdad's bike. Not as much fringe over there.
So, off we would go on the bikes; Mom and I, dosdad and Jake. The countryside would pass by in a blur of greens. Probably blues. I don't know, my head was surrounded by all that fringe. I remember the smell of the leather and the exhaust heat by my ankles. I can recall the feel of the chrome, all fancy and smooth. Every once in a while I hear the echo of those Virago V-twins on today's street.
For the life of me I don't remember the rides. I don't think you understand the scope of the fringe. 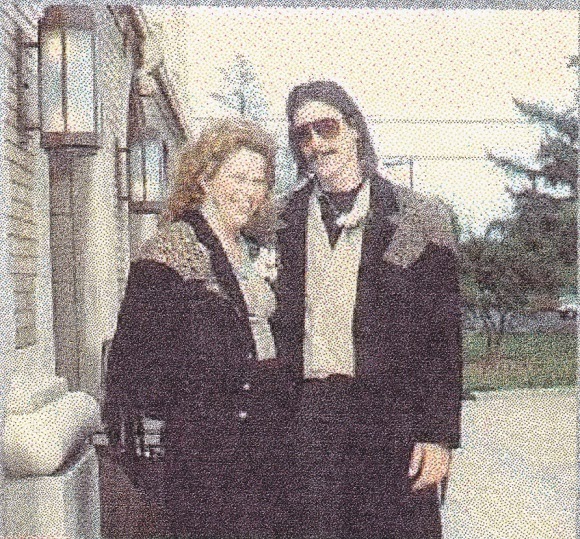 People have died under the weight of this much leather.

I remember stopping for dinner. We would frequent small mom & pop "cafes" because my mom was a staunch supporter of family-owned establishments with homemade food. It should be mentioned that "cafe" stands for "countryside kitchen, often in a shed." Sometimes they would have name brand ice cream. Mom didn't let us have any.
If the ride took us far enough, and Jake didn't fall asleep on the back of dosdad's bike, we would come in proximity of Interstate 80 and truck stop soup-bars are my mother's kryptonite. (Along with stray animals, nicotine, stray children, herbal remedies, stray husbands, thrift stores, and stray thoughts).

Truck stops in general are my kryptonite.
It's all the godamn CB Radios and beef jerky.

Running up and down the aisles of wolf-adorned shiny things that I could never pretend to know the purpose of, ducking behind racks of mudflaps bigger than I was to avoid the boots of an approaching truckdriver. That day the jingle of a chain-wallet was just too familiar for me not to peek my head out from between the silhouette of a chubby naked lady and Yosemite Sam's firing pistols, but I used the mudflaps to conceal my location as I strained to catch a glimpse of the man whose footsteps were approaching.
Should have looked at the boots first. My dad only owned but that one pair of boots practically his whole damn life. 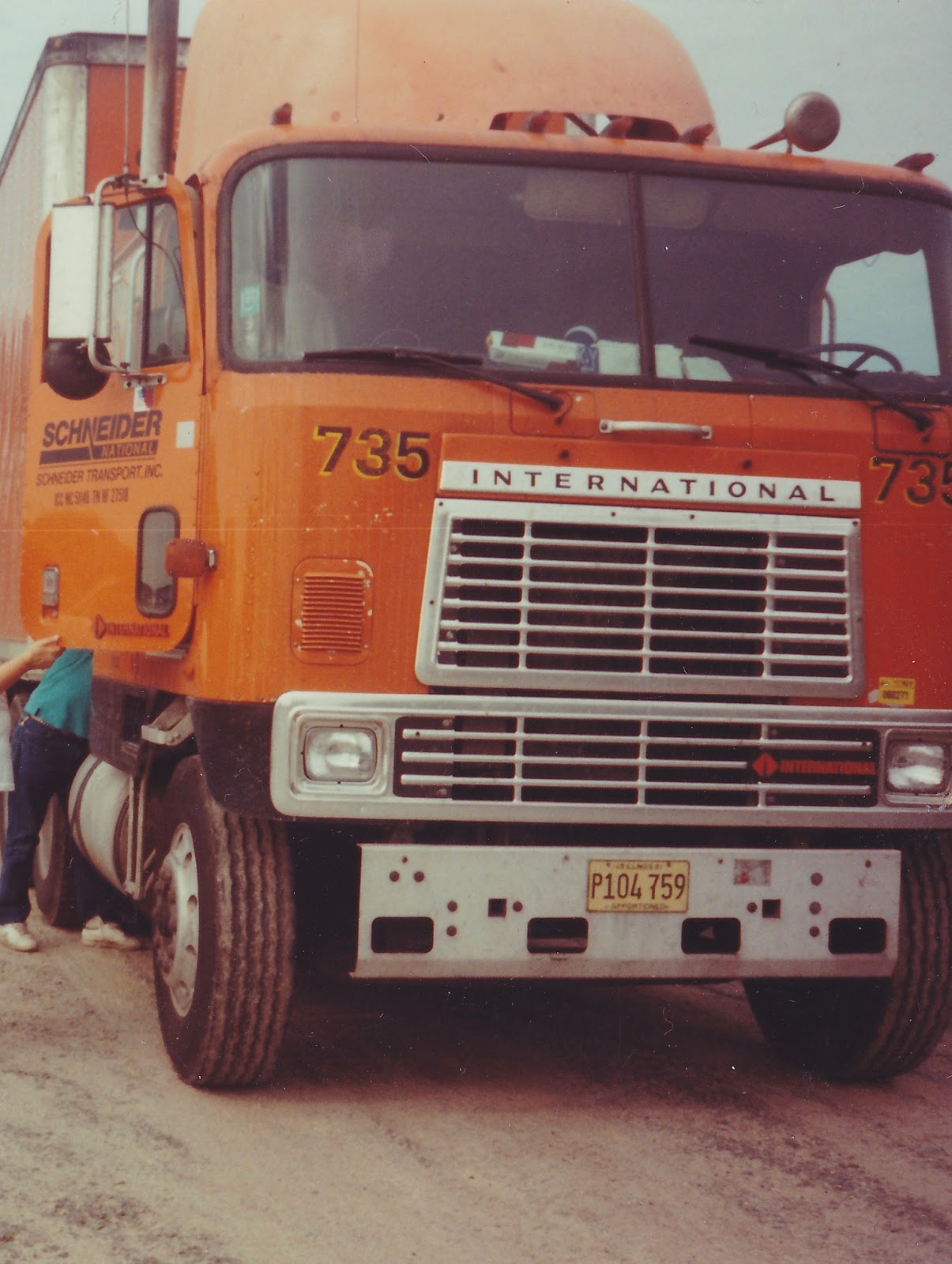 This is the only proof I have that Dad's feet were not surgically replaced with cowboy boots. Although it has never been scientifically confirmed that these are actually his legs.
I blame Obama on his behalf.

Running into my dad in a truckstop was not really much of a coincidence, him being a truckdriver and all. The surprise came moments later in the form of my mother's thirds husband (Husband III, for those keeping track). With his arrival at that particular Central Pennsylvania truck stop on a sunny Sunday afternoon, my mama scored a hattrick of husbands.

A biker, a truckdriver, and a carpenter all walk into a truckstop. One of them is an accountant, one fought in Korea, the other had a soul. They order soup. It's the exact number of husbands you need to pull off a heist. Because the all-you-can-eat salad bar got robbed that day.

Strange.
I never wondered how my mom's soup tasted.
(A little iron-y, maybe. Probably got the Minestrone.)

My love of progressive human interaction was formed on experiences such as this. Awkward could have been another sibling that I was hellbent to ignore, I just never felt it was necessary. To this day the only Walk of Shame I've ever done involves carrying cookie boxes to the recycling bin. I never had to taste that gut-swirling angst that likely seasoned mom's truck soup because she ate it for me. Only as I gain more reflective time (I swear to god if you say "get older" I will cut you) am I able to understand how much bullshit she must have swallowed while sitting at that table.
Strange how these things happen.

Strange how all things happen.
Life is a ride.
I miss the fringe.
I am the fringe.
Strange.

I can't wait to see what happens.