T-minus 4 until my birthday.
I hope there's cake.
I bought a lot of cake.
There's going to be cake.

Cake.
Cake is the only damn reason I have a birthday.

It's been a long while since my birthday was anything more than the day before my kid's birthday. And before that it was just considered the month before brother Jimmy's birthday. It used to piss me off, but now that I refuse to get any older, I don't mind missing out on a birthday so much. Don't get me wrong, there will still be cake. And probably ice cream. But it's mostly just for the kiddo now. I wish I could freeze her birthdays too. Soon she's going to be as old as me.

Teenagers are awesome. Fifteen is an incredible age. Teaching her to drive a stick shift pickup truck in the city is going to be a real hoot.

(Is she gone? Ok. This is about as far as the kid would read so we can speak freely now. She mostly skims the middle of the instructions anyway. Did ya'll see all that sarcasm up there? I thought it would start dripping from the letters if those words were any more full of it. Hell, I almost snorted myself to death writing it. Shit, she'll probably start reading again soon, back to it. Good talk.)

I can say, with a good deal of unsarcastic certainty that I am looking forward to the adventure of the next year, as getting this far has been the experience of my life. 'Course, I am a little nervous. She's too damn pretty for me to be comfortable with the city's shotgun ordinance. But she's smart too, so she knows my temper is bigger than the law. (Also the by-line for my Walker, Texas Ranger musical adaptation. My kid's composing the original score.)
Fucking kid anyway. All growing up and shit. There's got to be something I can do to stop that, right? Like an orange peel in hot ginger brandy? Or at least slow it down with a satchel of lavender in the underwear drawer? It's pretty much bullshit that I'm watching her grow up when I don't freaking want to. Ugh.

Despite the injustice of time, I've always loved the fact that her birthday is the day after mine. Like I got the ultimate gift that keeps on giving. Plus, double the cake.

Life beats the shit out of us all, every damn day.
Can't say it simpler than that.
Sometimes we all need something to bring us back from whatever dark edge we run to when the day gets scary. I've been out there lately. In no-man's land. Wandering around with Aaron Lewis in a very Blue October. (take 5 points a piece if you understood those references.) Lost a good soul and I'm letting grief cloud my opinion of the living. Buncha fucking ungrateful douchebags.
Shaking off the misery ain't so easy when things are heavy on your heart.

So glad am I that I have the sunshine of my night. 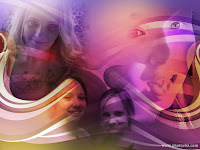 Plus, it's our birthday.

I'm trying to grow.. I want to say "up" but I think it's safer to leave it at just "grow." Maybe I'll figure out how to control my emotional reactions this year, now that I'm thirtygrumble-NONEOFYOURFUCKINGBUSINESS!-somethingish.
Hey, it could happen.

Hell at this point I'll settle for a few days of NOT sobbing my eyes out in a work bathroom. That would be swell. Happy Birthday to me!


*Joleen Doreen's Awkward-English Dictionary™ definition. Wiser: abbrev. Short for WiseASSier.
Written but not read by Joleen Doreen clocking in at 10/18/2013