I've been Joleen Doreen for as long as I can remember. My mother called me that the first time we met, and she never once stopped. It caught on after a while, and sure enough, before I knew what was happening all five of my brothers and sisters were calling me Joleen Doreen too. Dad held out til I was about four. Probably wanted to see if I was staying or not first.
It never seemed strange to me that my name is Joleen Doreen. It feels like a song. Being graced with a name such as mine virtually guarantees being bombarded with lyrical outbursts. A Joleen Doreen must be ready at all times to carry a tune or dazzle onlookers with a glorious dance number. In fact, I've prepared a small number in which I earnestly declare how ready I am...
...but alas, no time here.
So much to do, with the introductions and the small talk and the background and the foreshadowing. To save energy I've condensed everything into this brief statement:
I am Joleen Doreen.

I'll be here all week.
I did not know that this was where I needed to be, but I suppose the best place for a Joleen Doreen IS at joleendoreen.com (tell your friends). It took some time to find the place, it was hidden behind heaps of self-doubt and piles of low confidence. But now that I'm here, it feels like home.
Just a few rules before we get started.
Your pitch needs work.

And add more shoulder shake to the next songbreak.

I've written many things over the three and a half decades that I've been able to make observations. My first published piece was a scathing exposé on the gender-biased snack practices witnessed in mother's cupboards. It was an under-the-table job. I remember proudly first seeing my words in print, the gleaming crayola a stark contrast to the white wall of the oppressive kitchen. 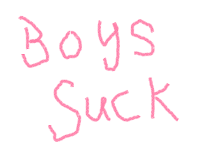 Still mad I didn't get a Pulitzer.
But by then I was hooked on phonics. The written word, the spoken word, the lyrical word, the word to your mother; I loved them all. I made up words and used words to make things up. I penned stories of monsters and mobsters; I growled out tales of wizards and woe. And that was just last week on the toilet.
Research into my childhood has produced notebooks and journals full of pointless drivel about horses; nothing but the incoherent ramblings of a child. What a waste of research! I then tried to read the writings of my teenage years. I immediately grew a nose-ring and my skin formed an odd flannel-type rash. Also, all the hair fell out of one side of my head and grew only in front of my eyes while all my clothes turned black. Weirdest damn thing. It's like I was Pearl Jammed.

I'm better on paper.
Always have been. It's not just because of editing, although that certainly would be nice to have in real life. I'd cut and paste the hell out of some of you sorry sonsabitches. Plus, I don't read the shit I write enough to edit it anyway. It's because words say the things that I don't know how to.
Words, gathered together, huddled in a group.
Letters holding hands, vowels of silence bonding meaning to sound.
The power of the written word gives me hope. Hell, It only took seven letters of the alphabet mixed with a little circumstance to create Joleen Doreen. 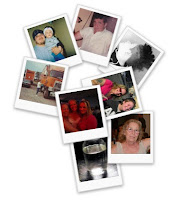 Any hint of auburn in my hair is a direct result of the cocaine flame in my bloodstream.

For the sake of nostalgia, let's all add an Eddie Vedder warble to this chorus, shall we? (Don't forget to shoulder shake)

My vagina tried to kill me.
It was awful.
I had a lot to say about it. And I wasn't very shy. It's a strange hat to wear, survivorship. I'm dealing with that on a very private level, and it's an adjustment. It is difficult to bitch and moan about hard I have it being healthy and well, and I am not apt to make that struggle public. On the other hand, I have greatly missed the joy of writing that I rediscovered with the Killer Cooter.

In the year that has passed I have written a number of short stories, some poetry, a moonshine recipe or two, a letter to your mom, a few social commentary editorials, and a number of smartly-worded Amazon product reviews. I knew these were obviously things that people NEED to read, why else would I have written them?
I needed someplace to showcase my brilliance!
Someone suggested that joleendoreen.com was out there, biding its time in the interweb world until I was ready. BUT AM I READY, I asked? And nobody answered, because I had not put it online yet. Still, I could not stop writing. More and more words spewed from my hands, pushed from my head. Half autobiographical, half nonsensical magic; all Joleen Doreen.

When I looked up from my writing, here I was; an entire website of my own. And would you believe that people actually read this shit? I never usta would think that little ol' Joleen Doreen, an itty-bitty hillbilly in the city™, would end up here, at joleendoreen.com. To be honest, I only started a website because I ran out of room in my composition book.

Yesterday was a long day.
I thought mom was contractually obligated to encourage me. Turns out she must have bribed a fair few of you as well. So here is where I am write. And wrong. And we'll dance. So sing along.